In a recent survey conducted by OnePoll for icount it revealed, on average, people will spend around £470 on Christmas this year, including gifts, decorations and food. 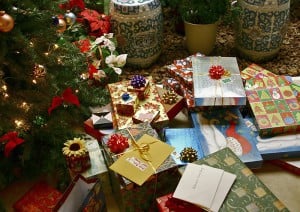 20% of Brits expect to get into debt to fund Christmas

The survey suggested that respondents would be buying for an average of 8 people worth just under £40 each. They expected to spend an average of £311 on presents, £116 on food, £75 on alcohol and £45 on decorations.

Almost one in four (23%) will be putting the cost of Christmas (nearly £500) on their credit cards. Respondents were also asked how they planned to fund Christmas this year. Although the majority of respondents have specific savings in place, 11.50% were planning to fund part of their Christmas spending with savings while 20.30% are not intending to fund Christmas with any savings.

Commenting icount managing director Samuel Mond said: “The people we surveyed are setting aside around 30% of one month’s income to pay for Christmas. There are few who can afford to do this so either saving or getting into debt is inevitable for most. Those who plan ahead need to save roughly £40 per month, those who put the holiday on plastic will pay considerably more. Using credit is a choice many are forced to make because they can’t make ends meet in any month of the year. Christmas, funded by credit, really could be a major factor in problem debt – partly because people see it as spending that is essential to family happiness”.

If you have left it last minute, or are stuck for ideas, you can find some here.