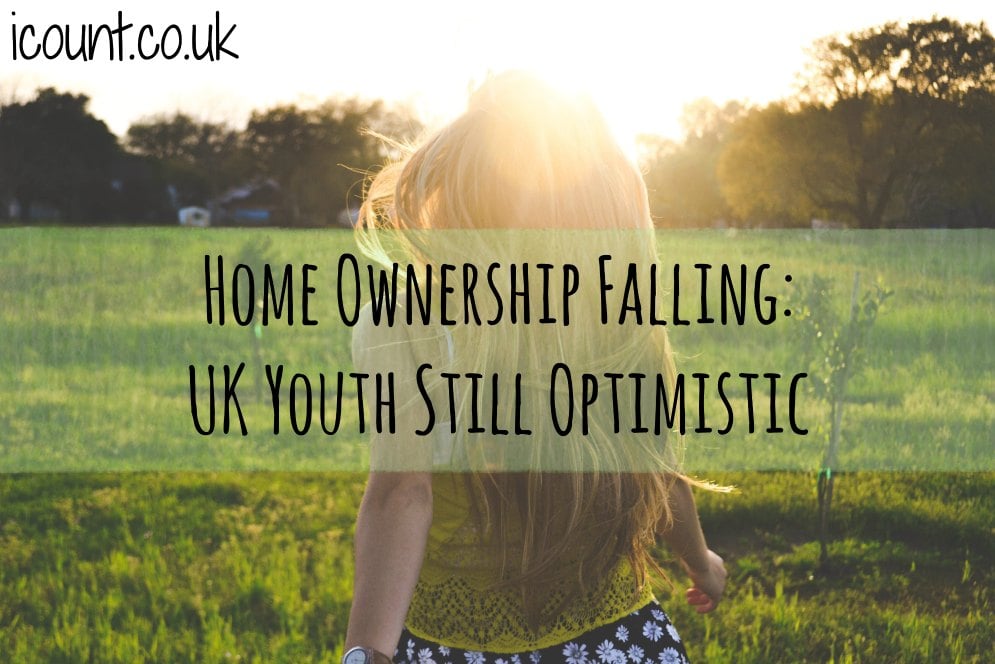 Home ownership numbers falling has been all over the news over the last couple of days.

However, a recent study conducted by icount Money suggests that the youth of the UK still remain optimistic when it comes to owning their first property.

Major cities – particularly Manchester – have been hit by the biggest fall in home ownership since a peak in the early 2000s.

The results came as a pleasant surprise.

Optimism among most people surveyed

A rather impressive 61.5% of those surveyed thought they will buy their first home between the ages of 20-30.

And maybe they have good reason, last year according to analysis of official data by the Mortgage Advice Bureau, a broker, the average age of people who bought a home in the last year through the “Help to Buy 2” mortgage guarantee was 31, compared with the national average age of 37.

So, what did the others think?

21.5% of those surveyed thought they would buy their first home between the ages of 30 – 40, which is more in keeping with the national average.

8% said they had no idea what age they would buy their first home.

It’s no secret that house prices have risen quicker than wages. Coupled with the greater difficulty in obtaining credit to buy, home ownership was always likely to decline.

However, there are many government backed schemes out there at the moment for first time buyers. They are helping to bring down the national average first-time buyer age.

Nobody wants to see a repeat of people being overstretched with mortgages they can’t afford. But, until more affordable housing is built, it’s hard to see house prices dropping or slowing anytime soon.

What age do you plan to buy your first home?

What Is A Help To Buy ISA?

What Is A Help To Buy ISA?