Constantly chasing people for money for household bills you’ve paid can be extremely frustrating, can cause serious strain on friendships and relationships and is overall, well, rather embarrassing. But, it appears those problems are solved with the launch of our new favourite app – Splittable.

It’s an app that ensures everybody is accountable for their share of the household bills, food and other necessities such as toilet roll and toothpaste – that often one person can find themselves putting their hands in their pockets for whilst others never chip in.

CEO Nick Katz started the company after an argument with a friend who he had been sharing with. His housemate had been tracking the expenses on a spreadsheet and when the time came for Nick to move out, he presented him with a list of household bills he needed to pay worth thousands of pounds. Worse of all, he had no idea they even existed until he moved out, it was then that the idea for a tool to make home finances transparent and clear for all was born.

How does it work?

The app works by acting as tracking system to keep everybody in the household accountable for their share of the associated costs. You can track recurring bills such as rent, TV packages, utility bills and internet.

These are all fairly big bills, but it’s all the other things that we need on a day-to-day basis such as toiletries, milk and cleaning products that can really add up to a sizeable amount if one person often finds themselves paying for it on their own. The beauty about Splittable is you can add these in too.

The app allows you to visualise if you owe, or are owed money by recording it on the home screen. If there is no money owed you are “All Squared” in the household. Another handy feature is you can also pay it forward instead of paying it back, so let’s say you have an expense outstanding but pay the next bill or buy the next item yourself, you cancel out what you owe.

Unsurprisingly it has been incredibly popular amongst students and people who are house sharing in general. It has also been welcomed by young professionals and couples – who have seen it  create a much positive influence on their shared living situations. Financial transparency really does put an end to those bickering little arguments over money that can tear some relationships apart.

It’s a no brainer for students! Typically on tight budgets, they can make huge use of this to ensure the bills in the house are shared equally. Two people sharing can have its difficulties when it comes to paying bills, but with four or five occupants it can be an absolute nightmare. The app takes away the risk of financially motivated arguments.

Many young professionals share with a housemate these days as the costs of rent continue to soar, especially if in, or close to a busy city centre. Using the app to keep everyone accountable leads to a much happier household. 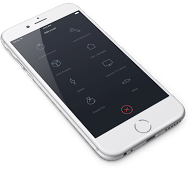 I myself, have used it at meals too. Usually I pay and let people transfer me the money when they are home, guaranteed at least one person forgets every time, using the app means there is no investigation work needed on my bank statements to see who has paid and who hasn’t – it’s brilliant!

Use it to budget

A good way to use this as budgeting tool is to keep a track on your spending habit. If you notice that you’re spending more than you should on a certain thing or two, you can adjust accordingly and save the rest. It’s just made dealing with the household bills a whole lot easier!

What apps do you use to help manage your money?

Generation Rent? Your Payments Are Set To Soar!Budget With A Prepaid Card